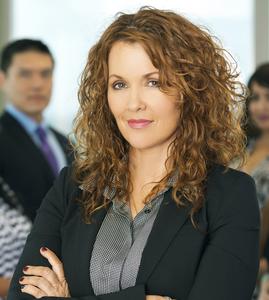 I currently reside in North Palm Beach, Florida with my daughter, Skylar, and my son, Jarrod.  My oldest son, Brandon, is working on building his own business.  I received my court reporting degree from Broward State College, started out as an official court reporter in Miami-Dade County and then Broward County, Florida for the first two years of my career, and then spent the next 15 years working all over the world as a freelance court reporter.   After building relationships all over the country, I opened my own court reporting and litigation support agency, Phipps Reporting.

I hold the nationally recognized professional certification of Registered Professional Reporter (RPR) and am owner of Phipps Reporting, Inc., with corporate headquarters in West Palm Beach and offices throughout the state of Florida.  I also hold the Realtime Systems Administrator certificate and am a licensed court reporter in New Jersey and Tennessee and an Eclipse trainer and beta tester.

At the national level, I am currently the President-Elect of the National Court Reporters Association (NCRA).  I have co-chaired NCRA’s Technology Committee and served as a member of that committee for many years.

I have also served on the Association's Education Content, Vendor Task Force committees, co-chaired the Freelance Community of Interest Committee and served on the Association’s Strategic Alliance Task Force.  I also participated in the rewrite of NCRA’s Deposition Handbook which was released in Chicago in 2016.  I am a frequent contributor to the JCR and have provided seminars at NCRA TechCon, NCRA Annual, State and International conventions.

I am the recipient of a number of business awards including Woman of Outstanding Leadership by the International Women’s Leadership Association, Most Enterprising Women of the Year by Enterprising Women magazine, cover of Wealth & Finance magazine in 2016, South Florida District Small Business Woman-Owned Person of the Year,  Gamechanger of the Year 2017.  Phipps Reporting has been included in Inc. magazine’s Fastest Growing Companies in America every year since 2014, and in 2018 became an Honoree member having reached five consecutive years.  I was the recipient of the inaugural JCR Individual Member Award and was recognized in the categories of leadership/team-building, marketing/customer service, use of technology, and community outreach.

After 20-plus years as a court reporter, I love this profession more than ever.  I am eternally grateful for the opportunities being a court reporter has afforded me and to have been able to raise my children as a single mom and to put them through college.  I have reached the highest levels of success as a freelancer.  I saw the missing links working as a freelancer that became the foundation for Phipps Reporting, created a team because I knew it was also key to surround yourself with the right people, created a synergy that has made us uniquely strong and successful. In less than nine short years, I have opened nine offices, acquired ten companies, all while serving on multiple NCRA committees, writing articles, presenting seminars, staying at the forefront of our profession.  I believed I could do the same thing for NCRA and wanted to show my gratitude by making a real difference in our profession and paying it forward!  That’s why I give back!